Central to the work is the idea that the length of a day is imperceptibly increasing over geologic time, as the spin of the Earth is slowing down and consequently days are getting fractionally longer. Beyond conjecture or speculation, evidence of this subtle slowing is recorded in ancient fossils. Coral in particular grows in measurable day/night cycles (like the rings of a tree) and when fossilized provides quantifiable data that the planet once spun much faster, days were shorter and the moon was closer to the Earth. Imperceptible slowing, displaced mass, friction, tension, sedimentation and convective churning each take a part in the works on paper series.

The artistic process is slow and meditative; first, even layers of clear water are brushed up and down the surface like tides. Material and pigment traces are then deposited in measured, cumulative quantities with extensive periods of evaporation and drying. Marks are made, distorted, concealed and covered, often disappearing completely from the completed image. Pigment is trapped within ice and left to melt on the surface, ink layers are concealed by house paint, clear adhesive and powdered graphite. Traces of information slowly shift and are influenced by the atmosphere in which they were created – an evaporative process echoing imperceptible, but measurable shifts, like the shifting of continental plates moving and churning at the growth rate of a human hair. At a fulcrum between simplicity and complexity, the benign and inorganic cross a boundary, transitioning to something reproductive, adaptable and living.

The work proposes a definition of an evolution – a generative loop connecting expansion, probability and inevitable change. Facts accumulate and evolve. Truths depend on context. Connections are formed and broken apart. Complexity expands towards a smooth, simple, gray harmony. 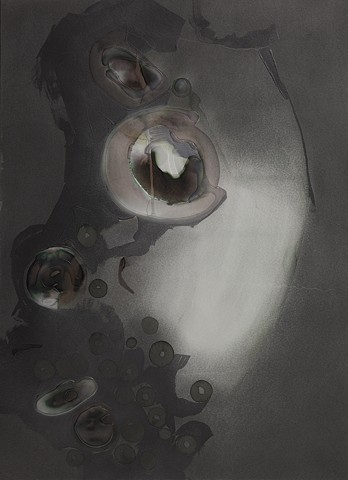 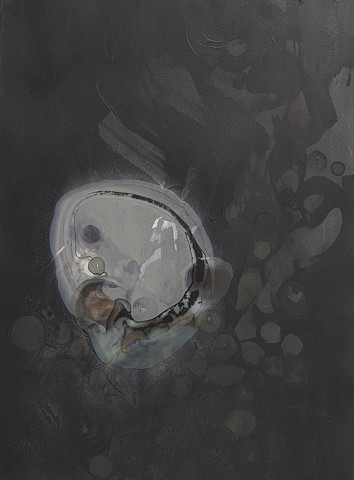 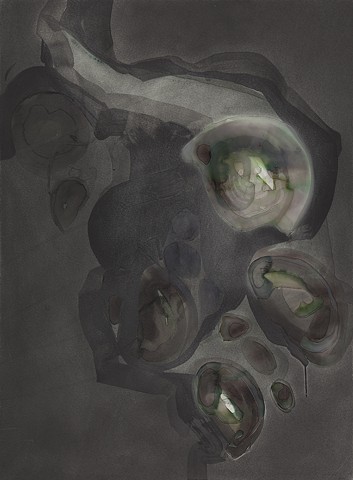 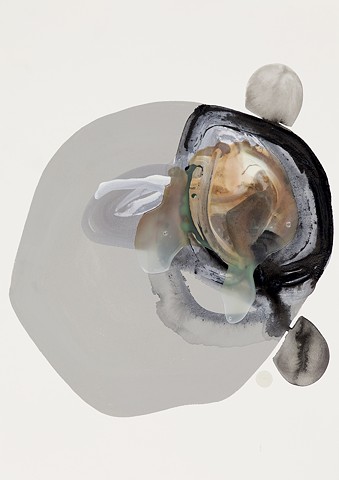 The Sky, Like a Thriving Forest Part One
Watercolor, Acrylic and Polyvinyl Acetate on Paper
14"x20" 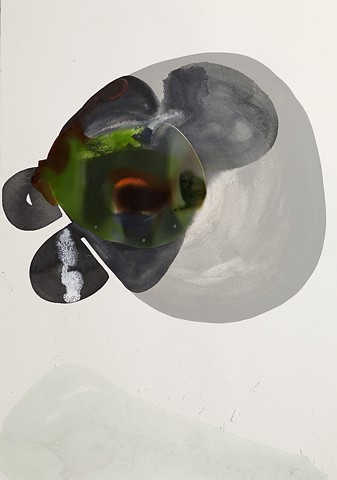 The Sky, Like a Thriving Forest Part Two
Watercolor, Acrylic and Polyvinyl Acetate on Paper
14"x20" 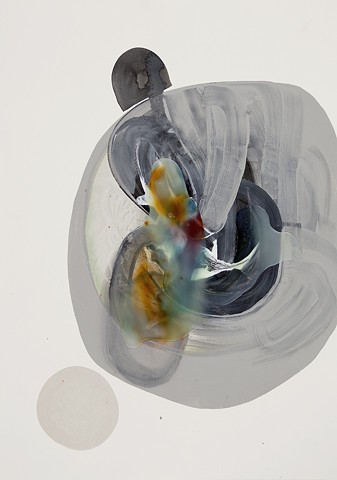 The Sky, Like a Thriving Forest Part Three
Watercolor, Acrylic and Polyvinyl Acetate on Paper
14"x20" 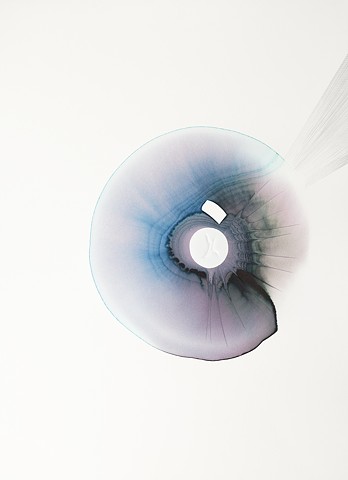 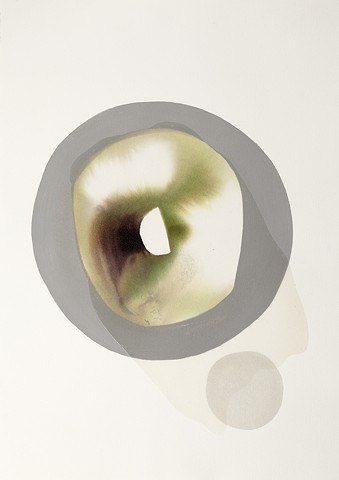 Ocean Inside
Watercolor, Acrylic and Latex on Paper
14"x20" 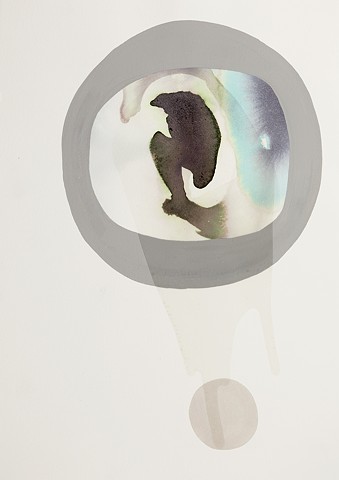 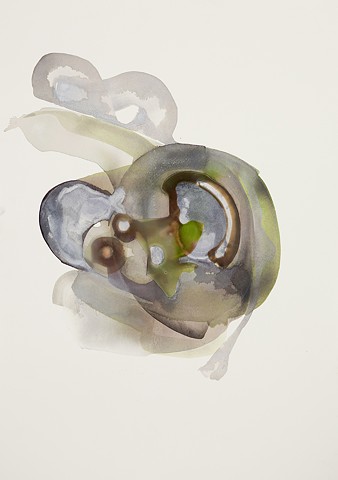 A Crude Look at the Whole
Watercolor, Graphite and Polyvinyl Acetate on Paper
14"x20" 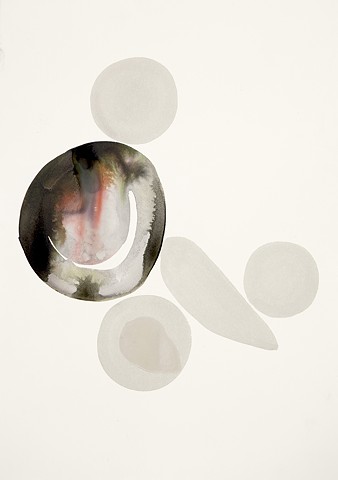 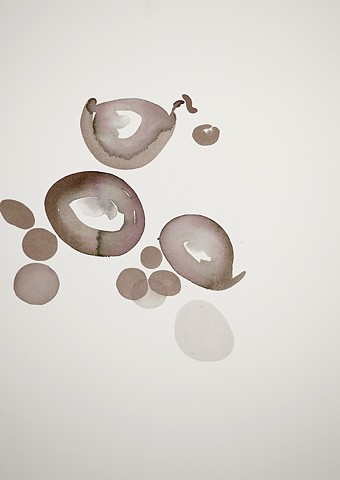 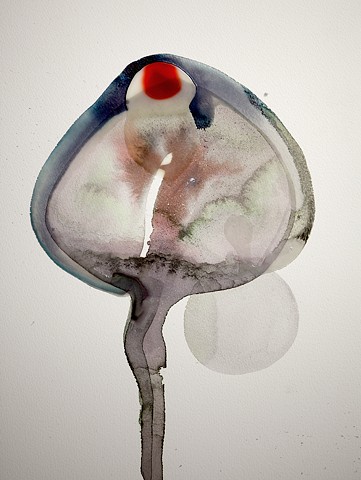 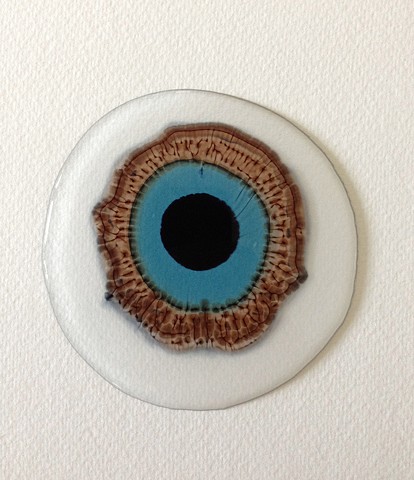 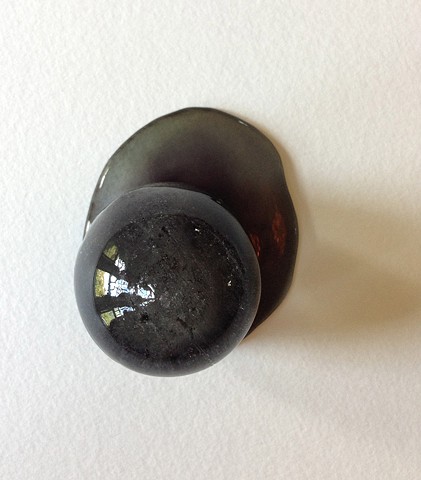 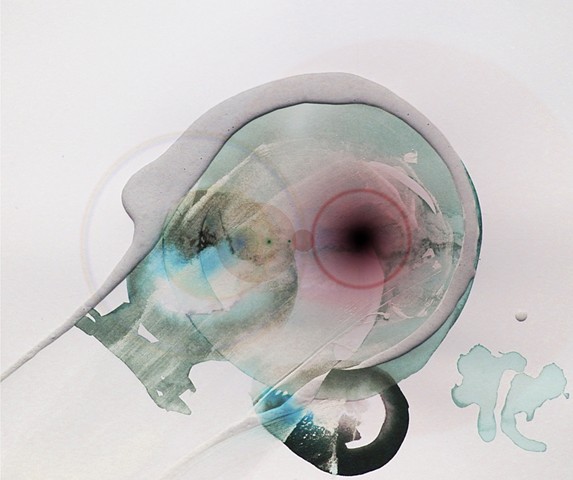