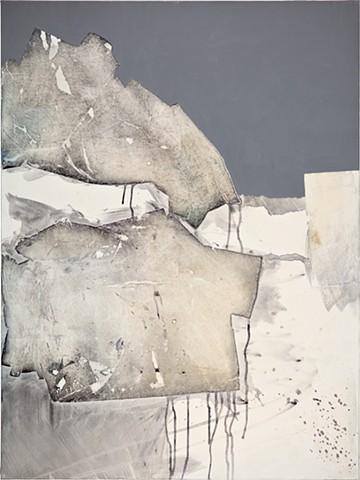 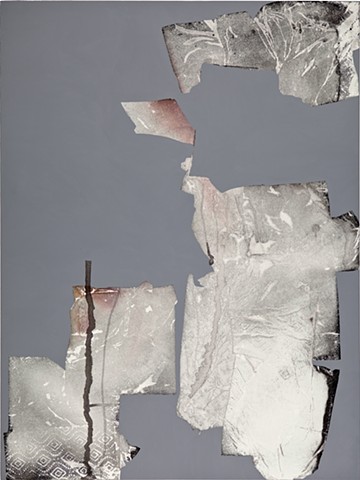 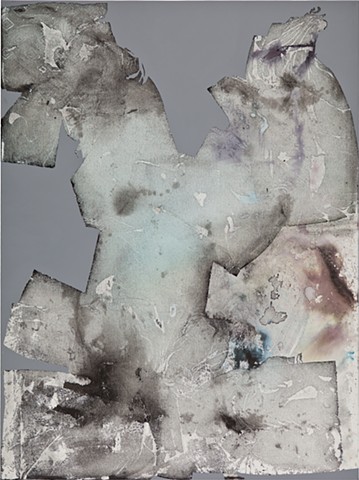 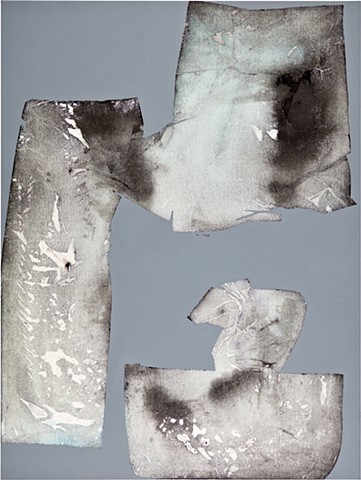 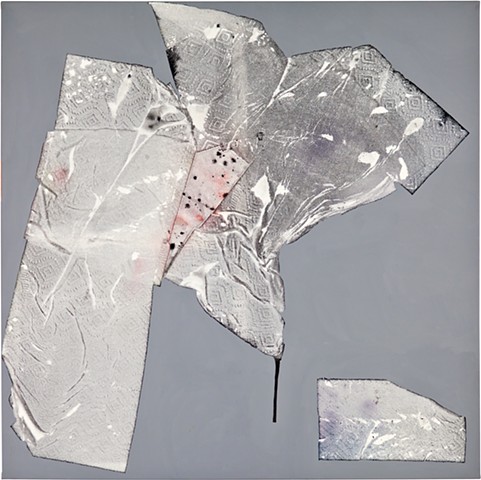 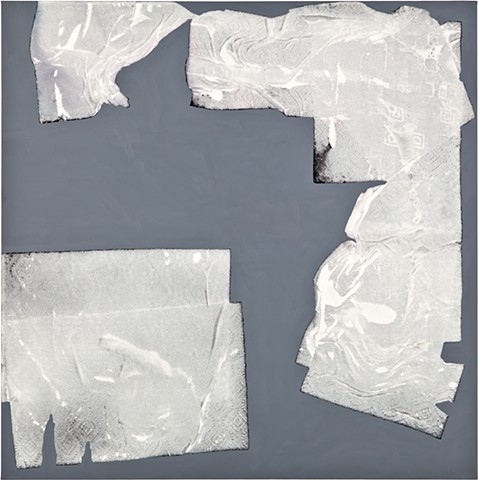 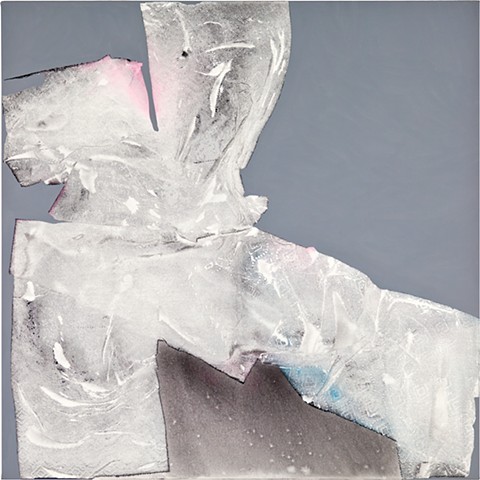 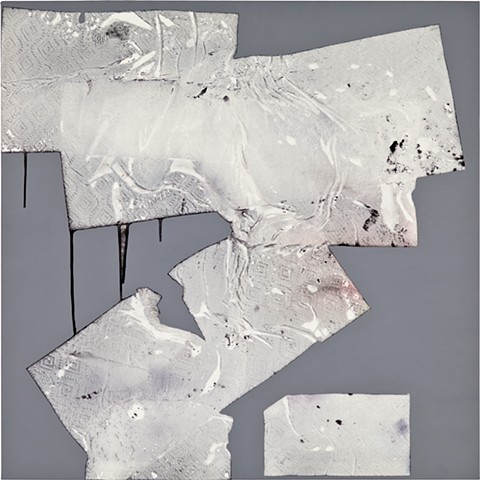 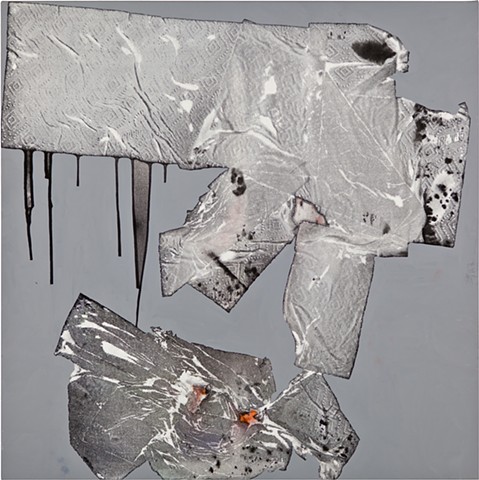 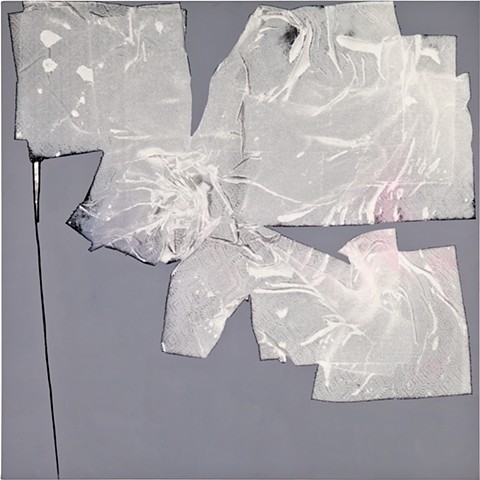 Primarily an investigation into the structural strength and absorptive properties in the design of Bounty™ Select-A-Size® kitchen paper towel. The completed works shown here have many associations but no individually defined meaning, they represent one point in an ongoing chain of discovery. One aspect of the project is sudden awareness- like abruptly realizing the complexity and beauty in the design of a bank note even though they are handled every day. The paper towel can be seen as both practical, disposable and simultaneously as a highly designed piece of simple technology. Concealing many layers of geometric pattern the paper towel is also a politically charged consumer product whose production contributes significantly to deforestation, requires substantial chemical processing and has a high environmental shipping/trucking bulk to price ratio in its consumer distribution. The title refers to the invisible churning of the surface of the earth with its rising and reabsorbing of mountain ranges, islands and land masses in conjunction with the evolution and level of the oceans. The term 'measurement' is used to imply its own fallibility (and that of all verbal descriptions) in the human striving to understand by focusing on small parts of a continuum, cutting out fragments of a process into arbitrary divisions. The paper towels are used like a hybrid brush/ruler. They absorb the painting they are layered onto (like clearing up a small disaster), then in conjunction with the relative humidity, temperature and atmospheric conditions they are removed to reveal an abstracted trace, a fossil of the contemporary domestic. The work can be seen as a reminder of daily life at the same time as something that points to the enormous duration of geologic time, not serious but made with sincerity.